A Japanese teenager who saw his home in Rikuzen-takata destroyed by the tsunami that hit Japan just over a year ago is to be reunited with one of his long-lost possessions after his football washed up 3,000 miles (5,000 km) away on the shores of Alaska. 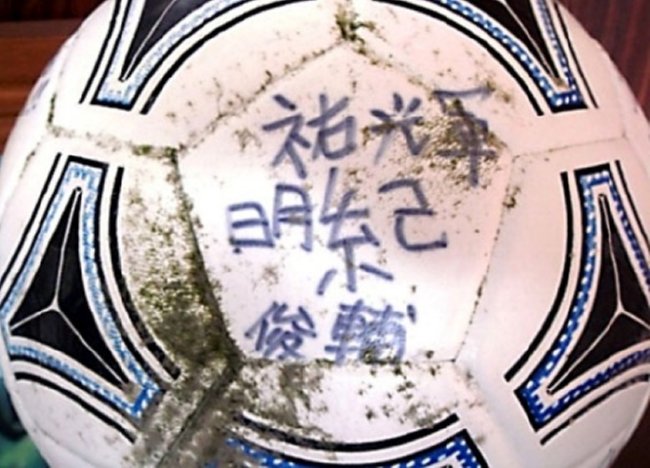 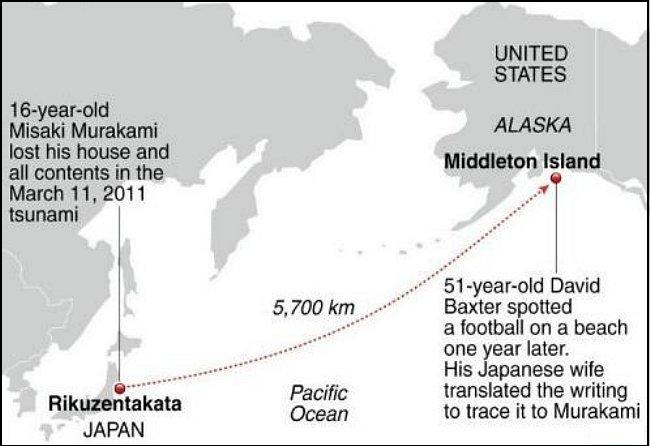 David Baxter found the ball while beachcombing on an Alaskan island. Upon recognising the messages as being written in Japanese, he took it home to show his wife Yumi (a Japanese-flavoured lady) who contacted Murakami by phone through a Japanese newspaper and told him that they planned to send the ball back to him as soon as possible.

“It was a big surprise. I’ve never imagined that my ball has reached Alaska. I’ve lost everything in the tsunami. So I’m delighted.”

The National Oceanic and Atmospheric Administration say the football is one of the very first pieces of sea-bound debris from the tsunami to wash up on the coast of the North-western US states and Canada, with the rest due to begin arriving en masse in March of 2013.