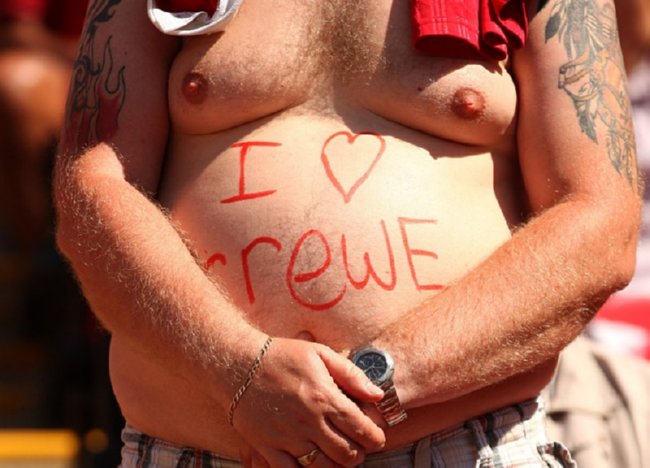 Bathed in withering sun, Crewe beat Cheltenham in the League Two Play-Off Final at Wembley yesterday afternoon to snag themselves a berth in League One next season, with the latest wunderkind to roll off the Railwaymen’s production line, 18-year old Nick Powell, opening proceedings with an absolute belter of a goal – darting away from two defenders with his first touch and then lashing a shot across the Cheltenham goal.

‘Twas a thing of rare beauty, no wonder Manchester United are openly sniffing around the £4 million-rated attacking midfielder who cleaned up at Crewe’s end-of-season awards ceremony – winning every single trinket. One to watch.