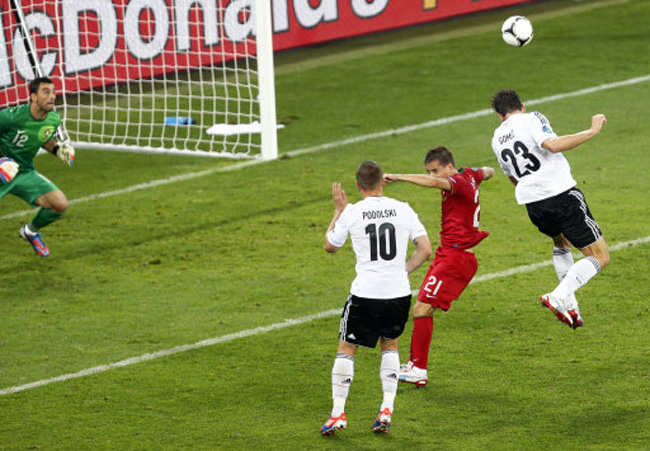 With international journeyman of mystery, Helder Postiga, still up front for Portugal, it came as no surprise that the Iberians failed to conjour up many chances against Germany, despite having uber-star Cristiano Ronaldo captaining the side. Indeed, for pretty much the whole game, the Portuguese sat back and defended in a game that the Germans totally dominated.

Despite being outplayed by Jogi Loew’s highly-rated side, Portugal defended superbly, with hardman Pepe even managing to hit the crossbar in the first-half. However, eventually Germany’s goal came, courtesy of Mario Gomez’s superb header.

That victory puts the Germans level with Denmark at the top of Group B, although one suspects there’s plenty more surprises left in the (apparent) ‘Group of Death’.