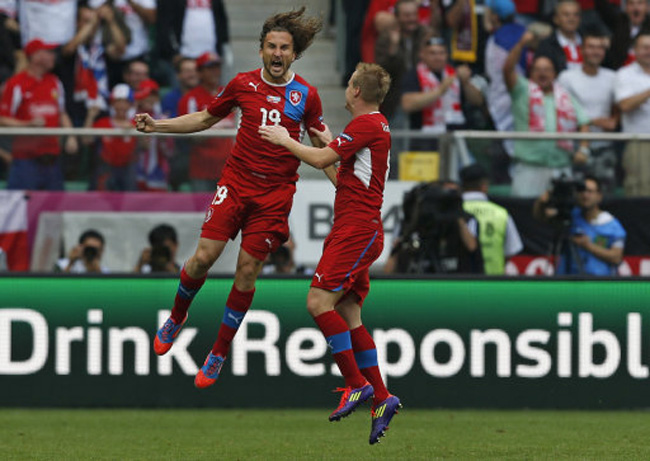 Wolfsburg duo Petr Jiracek and Vaclav Pilar weere the goal heroes for the Czech Republic on Monday afternoon, as Michal Bilek’s side bounced back from their 4-1 mauling by Russia to kickstart their quest for the knockout stages.

Jiracek opened the scoring after just three minutes before gifted winger Pilar made it 2-0 with just six minutes gone.

The Greeks battled to get a foothold in the game and after the break Theofanis Gekas pulled one back after an almighty fumble by Petr Cech, who has looked very shaky in both games so far. However, ultimately it would be the Czech Republic who would secure a victory which sees them go second in the table with the final deciding match-day still to play.