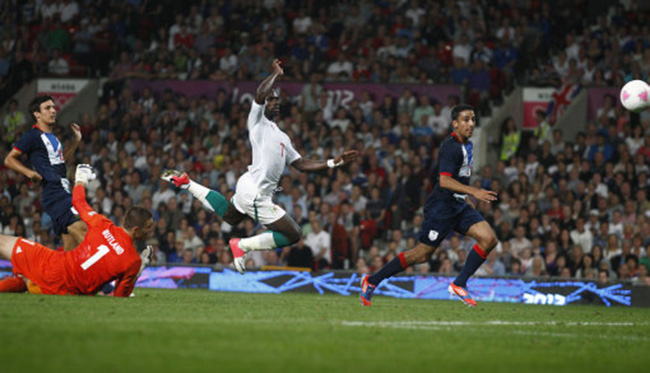 Amidst a rather strange atmosphere at Old Trafford, where chants of “GB” peppered the proceedings, Stuart Pearce’s mixed-bag of players, minus Gareth Bale of course, played out a draw against a decent Senegal side.

Craig Bellamy opened the scoring for the hosts in the first half although Senegal almost drew level after ‘keeper Jack Butland made a right balls of his distribution, only for Sadio Mane to fire wide.

After the break, Senegal pushed for an equaliser and were eventually rewarded when, with 10 minutes remaining, Moussa Konate fired home after the GB defence was dissected by a fine through ball.

Marvin Sordell then almost won the game for GB, only to see his effort come back off the woodwork. However, a draw was a fair result, although Senegal were lucky to end the game with 11 men on the pitch after a number of ‘agricultural’ challenges.