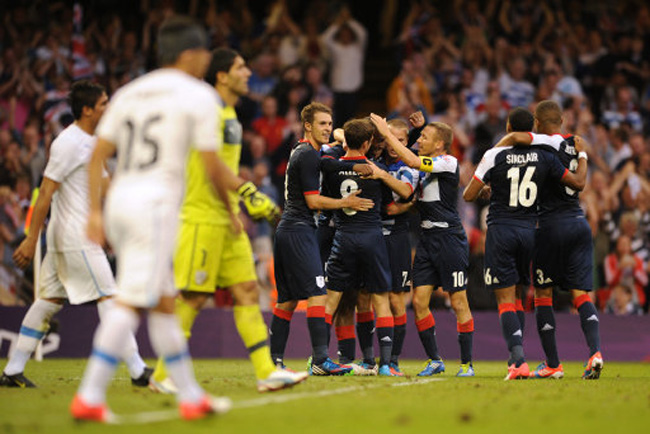 It was by no means a classic performance by Stuart Pearce’s hotchpotch side, but Daniel Sturridge’s fist-half strike was enough to secure the victory for the hosts against a rather disappointing Uruguay outfit, with Edinson Cavani failing in particular to live up to the hype.

Liverpool-bound Joe Allen was the creator of Sturridge’s late strike in the first half, turning neatly in the box before setting up the Chelsea striker.

After the break, La Celeste started to fight back, with Luis Suarez and Gaston Ramirez (via the woodwork) going close, but ultimately Oscar Tabarez’s highly-rated side would follow Spain out of the tournament before the knockout stages.