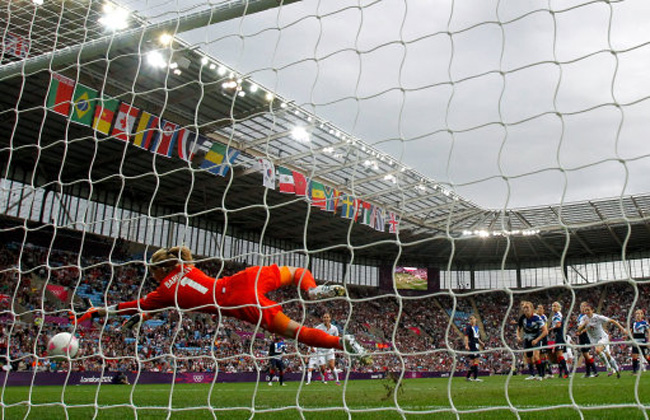 Great Britain’s women fell at the first knockout hurdle at the City of Coventry stadium on Friday night, losing to Canada in the quarter-finals.

The 2-0 scoreline was a fair reflection of a game in which the hosts struggled to replicate their match-winning performance against Brazil just days before. Canada started strongly and were already a goal up inside 11 minutes courtesy of a superb strike from Jonelle Filigno while Christine Sinclair made it two courtesy of a free-kick.

Over 28,000 watched the game and the hope is that, despite the defeat, the performance of Team GB will give the women’s game in the UK a well-deserved shot in the arm.

Canada now go on to face neighbours USA in the semi-finals.

On a slightly different point, I wonder what the odds are on Hope Powell becoming the first female manager in the men’s game in England?