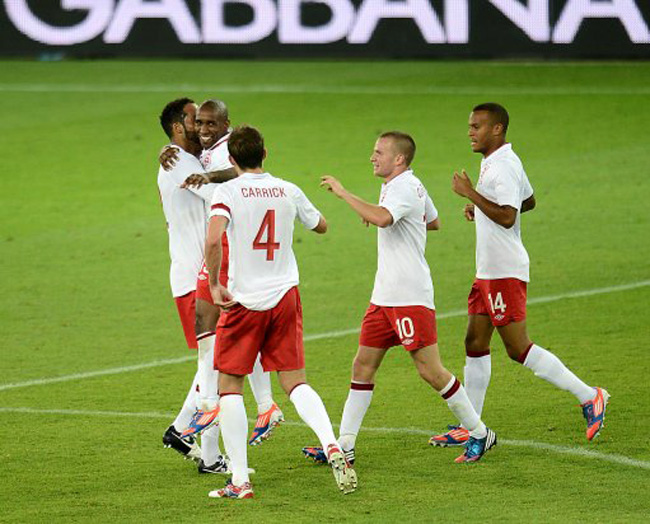 Resplendent in what looked like Poland’s strip, England’s overpaid, loutish footballers, totally devoid of Olympic spirit  like Chris Hoy or that one in the Modern Pentathlon, met Italy on Wedensday night in Berne’s Wankdorf Stadium, only a few weeks after the Azzurri dumped them out of EURO 2012.

Neither side was at full strength for this game, with Roy Hodgson’s team a rather weakened force while Italy were shorn of Juventus or Napoli players (due to their involvement in Sunday’s Supercoppa match in Beijing) as well as mad Mario Balotelli, who has an eye infection.

Roma hardman Danielle De Rossi scored first after 15 minutes, but just before the half-hour mark, Phil Jagielka headed home the equaliser. Then, late on, after a whole load of substitutions were made, Spurs hitman Jermain Defore netted the winner.

To be honest, neither manager will have learned too much about their squads after this game. However, having already found themselves in third place in FIFA’s (rather bizarre) rankings, surely Roy’s Boys are headed for the number one spot!