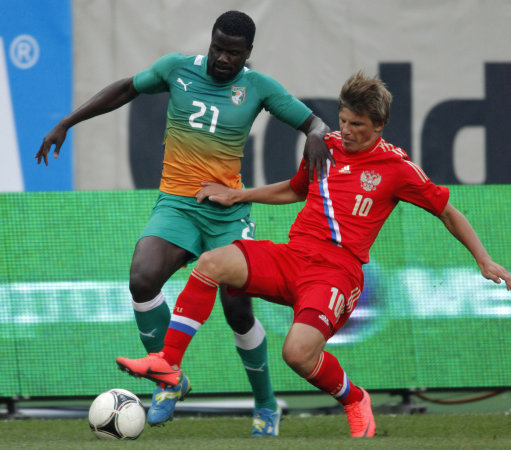 Russia fans finally  got a chance to reply to Andrei Arshavin’s Euro 2012 put-down in Moscow on Wednesday night, booing the pint-sized schemer when he came on as a sub.

After Russia’s shock Euro 2012 exit at the hands of Greece, Arshavin had a little contretemps with some fans who were less than pleased by their team’s limp performance. However, rather than poliutely apologise, the Arsenal man was reported to say: “The fact that we didn’t meet your expectations is not our problem – it’s your problem.” Smooth.

Coming on as a sub against the Ivory Coast on Wednesday, in Fabio Capello’s first game in charge, Arshavin was duly booed and jeered by the home fans as he entered the field of play. Not a nice reception for the star of the national side.

One wonders if Capello will  be reconsidering his decision to keep Arshavin as his captain for very much longer.