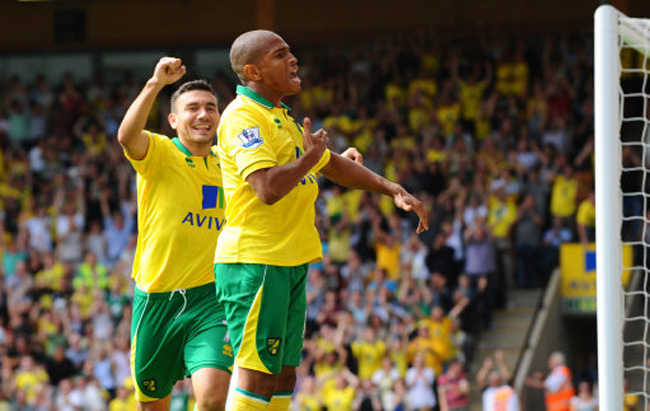 Both sides came into this game on the back of heavy opening day defeats, but ultimately they would have to be satisfied with a share of the points after a fairly close contest.

Simeon Jackson opened the scoring for the Canaries on 11 minutes but Mark Hughes’ side were back in the game on 19 minutes, after Bobby Zamora netted from close-range after Djibril Cissé’s spot-kick was parried by John Ruddy. However, Zamora had already encroached into the box before the spot-kick was taken, although refs rarely penalise this anymore.

The Canaries did have chances to secure all three points through Robert Snodgrass and Russell Martin but overall a draw was probably a fair result.