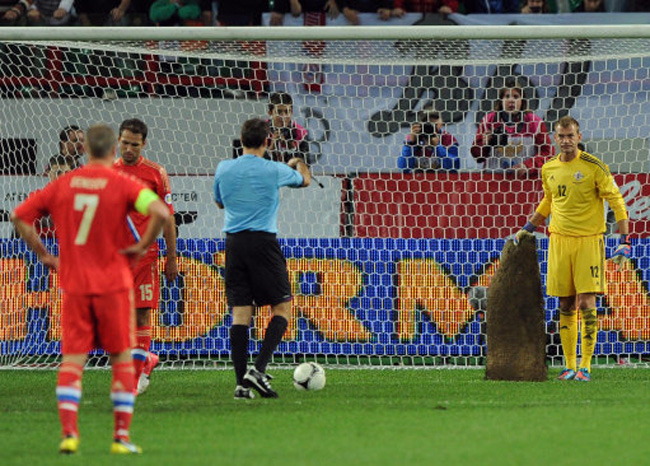 Both Northern Ireland and the Republic of Ireland produced poor performances on Friday night in their opening World Cup qualifiers of the new campaign.

The North travelled to Moscow to face Fabio Capello’s Russia. Without the dropped Andrei Arshavin, the Russians still outplayed the Irish, with goals from Alexander Kerzhakov, in the first-half, and a late penalty from Roman Shirokov securing a deserved win for the home side.

The Republic of Ireland produced a dismal display away in Kazakhstan, who are the 142nd ranked in the world (116 below the Irish).  Kairat Nurdauletov scored just before the break as the Boys in Green struggled to match their opponents. However, with just a couple of minutes left on the clock, Robbie Keane converted a penalty before sub Kevin Doyle netted to give Giovanni Trapattoni’s side a very lucky win.

Here some photos of the Northern Ireland game (none of the Republic’s have come through yet!)

We’ll try to get highlights too!