Real Madrid are currently in the process of thinking about remodeling the Santiago Bernabeu, with president Florentino Perez unveiling four of the impressively nifty, futuristic designs that are in the running as things stand – all of which include covered seating for the whole stadium for those drizzly nights in Chamartín…. 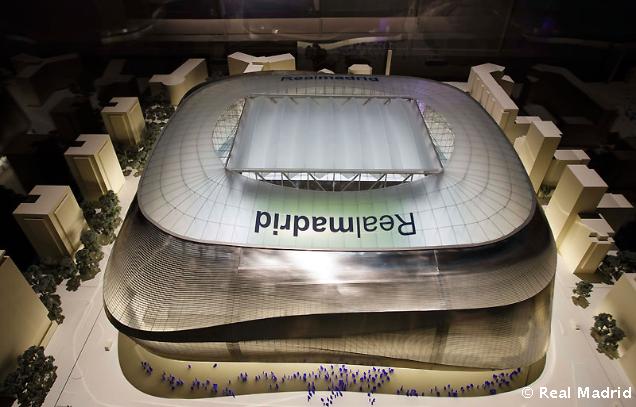 That third one is a bobby dazzler. Certainly gets our vote. How about you?

However, before you cast your vote, Pies have also had a stab at producing an architectural model for our proposed new Bernabeu plans and, without wishing to toot our own horns, we think it beats Flo’s flouncy foursome into a cocked hat… 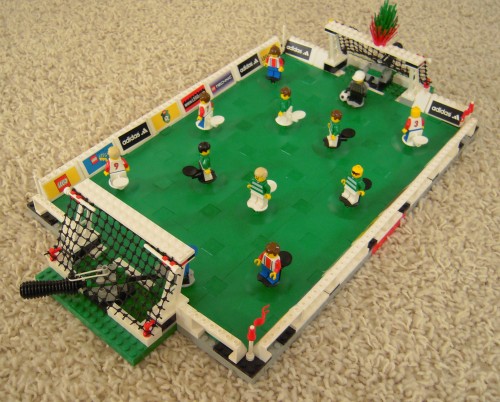 Granted, there’s no covered seating (or any seating at all for that matter), but there are red and green plastic ferns on the crossbar at one end, so… y’know?

While we’re on the subject, you could do worse than having a rifle through Estadios de Futbol en Espana’s photographic retrospective on the history and development of the Bernabeu into the concrete hulk it is today. It’s rather interesting stuff.