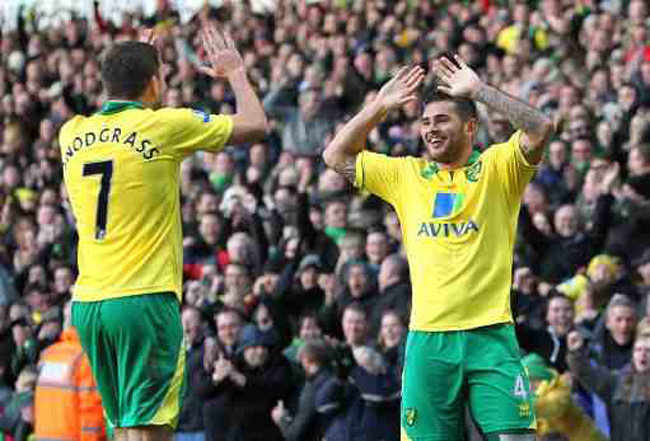 Bradley Johnson was the goal hero at Carrow Road on Saturday, heading home just before the break to secure Norwich’s second win in three games.

Not surprisingly, it was hardly the most flowing of encounters, particularly in the first half. However, after the break, the visitors improve as they looked for an equaliser. Jonathan Walters and sub Kenwyne Jones both had decent chances to score, but ultimately it would be Chris Hughton’s charges who’d secure all three points, and, in doing so, leapfrog he Potters into 14th place.