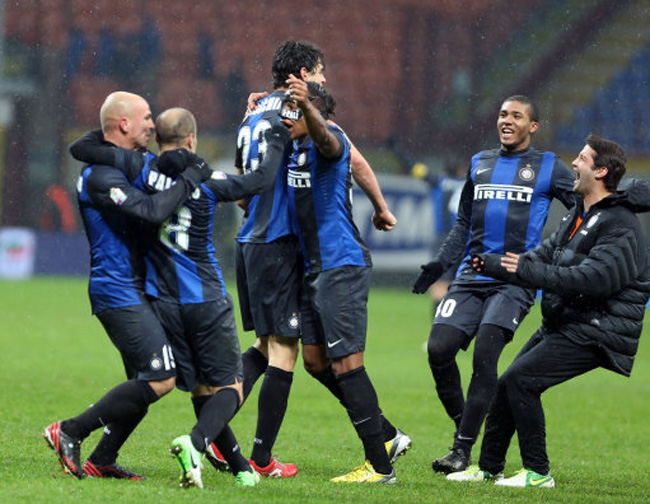 In what turned out to be a cracking quarter-final at the San Siro, Internazionale and Bologna treated the sparse crowd in the famous ground as well as the viewers on TV to a few rather fine goals.

Inter’s Fredy Guarin and Rodrigo Palacio fired home a couple of crackers before former West Ham attacker Alessandro Diamanti netted an exquisite free-kick for the visitors. Those three goals were the best of the bunch, however, a late equaliser from Bologna’s Manolo Gabbiadini set up another half-hour of extra-time. Andrea Ranocchia (above) eventually won the game for the Nerazzuri at the death, but the highlights are definitely worth a peruse!