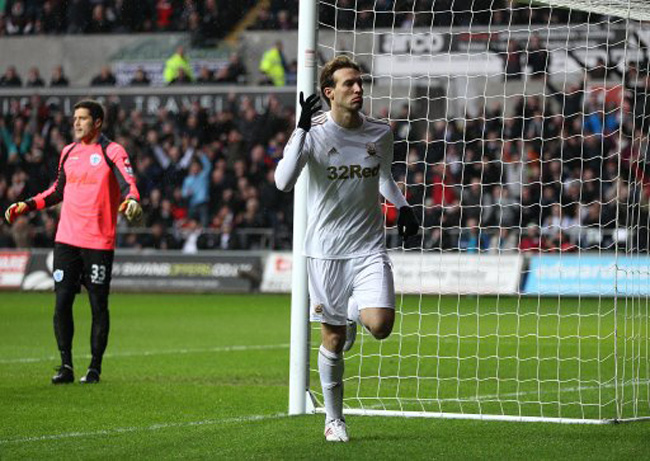 Harry Redknapp’s hopes of saving QPR from relegation took an almighty blow at the Liberty Stadium on Saturday as the west Londoners went down 4-1 to Swansea.

Swansea’s Spaniards provided all four goals, with Michu bagging a brace, Angel Rangel netting one and the impressive Pablo Hernandez also getting on the scoresheet.

The home side were 2-0 up within 18 minutes, courtesy of Michu and Rangel as the Hoops’ defence failed to deal with the Swans’ attack.

After the break the visitors improved, with Half-time sub Bobby Zamora, still not fit enough to play a full 90 minutes, making an immediate impact. The powerful striker pounced on a fumble by Michel Vorm to get Rangers back in the game. But just two minutes later, on 50 minutes, Hernandez jinked his way into the box and finished to put the home side 3-1 ahead. That scoreline became 4-1 on 67 minutes (courtesy of Michu’s second of the game) as Michael Laudrup’s side ultimately ran away with the victory.