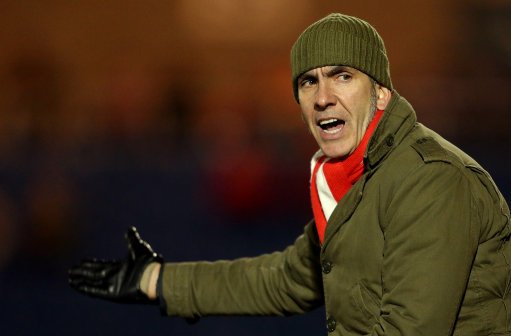 “You coming with me or what?”

As you’re probably aware, Paolo Di Canio resigned as manager of Swindon Town on Monday after a botched buy-out and several unsolicited player sales made his position at the League One table-toppers untenable.

His assistant, Fabrizio Piccareta, took charge for Tuesday night’s game against play-off contenders Tranmere and racked up a pretty impressive 3-1 victory then, almost immediately after the game, told Sky Sports News in a live interview that he and his entire technical staff were resigning from their positions too…

“After this fantastic game that everyone has witnessed, I want to tell you that this is our last game as technical staff of this football club.

“I want to highlight one thing. This achievement that this fantastic team got tonight, so top of the league and this victory has a name, and a surname and that is ‘Paolo Di Canio.’

“I just spoke to Paolo because he just rang me to congratulate us and the players because he is absolutely happy of what his team has achieved.’

“From tomorrow, I don’t know what is going on with [Swindon] but this was a very important moment to say thanks to the fans that are amazing.

“Tomorrow morning we will resign because we are here for Paolo Di Canio and we will follow Paolo Di Canio everywhere. Even if he will coach Real Madrid or Luton Town.”