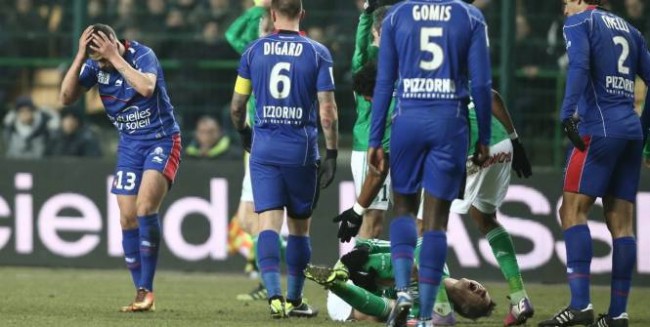 The LFP’s disciplinary committee have seen fit to suspend Nice midfielder Valentin Eysseric for a whopping 11 games – meaning the 20-year-old has, in effect, been banned for the rest of the season – after being red-carded for a horrific lunge last weekend which left St Etienne’s Jeremy Clement with a broken leg and several sheared ankle ligaments to boot.

Here be the “tackle” in question. Be warned: this is not one for those of a squeamish disposition…

After receiving his punishment, Eysseric apologised unreservedly for his actions and confirmed he would not appeal the LFP’s sentence – presumably as, much like Clement, he wouldn’t have a leg to stand on.

As a result of Eysseric’s challenge, Clement suffered a fractured tibula and has now been ruled out for “at least six months” after undergoing surgery earlier in the week.