Due to an unforeseen kit clash, Sao Paulo’s players were forced to scurry back to the dressing room to change before their Copa Libertadores game against Arsenal Sarandi, leaving their poor bewildered old (quite literally, he’s 40) goalkeeper Rogerio Ceni to sing the Brazilian national anthem solo surrounded by several thousand fans at SPFC’s Morumbi stadium… 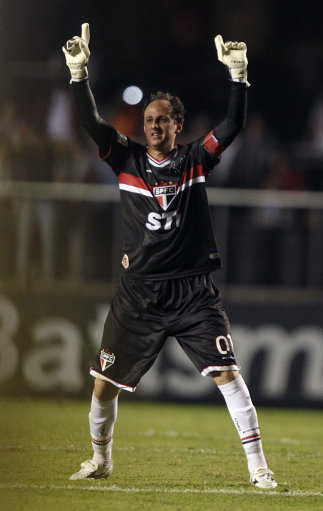 Sing up Rogerio, they can hardly hear you at the back!

(Thanks to Pies fan Horacio D for the nudge)