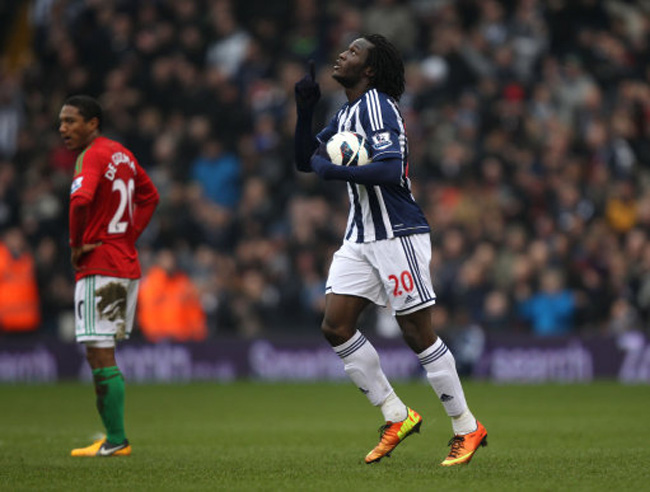 Chelsea loanee Romelu Lukaku kept up his good run of scoring form by netting against Swansea on Saturday and helping his side to a hard earned three points.

Another player currently experiencing his best spell of form in quite a while, ex-Baggie Luke Moore, opened the scoring for the Swans just after the half-hour mark, courtesy of a clever back-header.

However, the Baggies were soon on level terms, courtesy of Lukaku’s close-range goal.

After the break, West Brom had a chance to go ahead from the penalty spot, only for Lukaku to see his effort saved by Michel Vorm. However, the home side did take the lead on 61 minutes, when an Angel Rangel clearance off the line hit the unfortunate Jonathan De Guzman and rebounded back into the Swansea goal.

The visitors, fresh from their League Cup success, should have drawn level when sub Roland Lamah netted. However, the assistant referee erroneously flagged for offside and that was that.