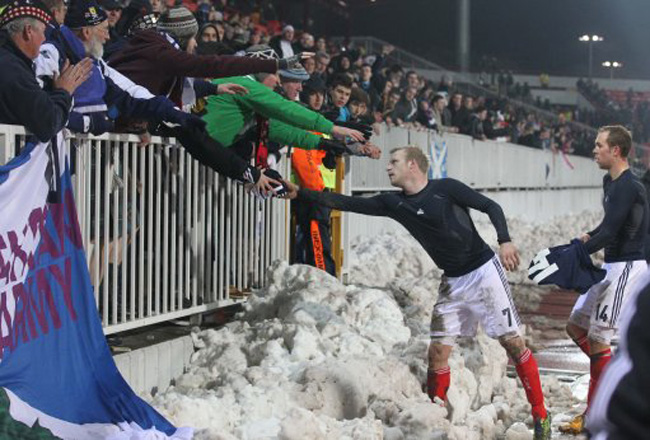 Gordon Strachan’s men were deservedly beaten away in Novi Sad on Tuesday night after a rather lacklustre display from the Scots.

The visitors battled hard in a goalless first half but the Serbians’ superiority eventually paid off in the second period, with a brace from Filip Duricic securing a valuable win for Sinisa Mihajlovic’s side.

The first goal came on the hour-mark, ironically after the Scots had fashioned their best chances of the game though Charlie Adam and Jordan Rhodes.  Duricic was presented with an easy finish after the ball had broken to the attacker inside the Scotland box but for his second, some dire defending from Alan Hutton was to blame, with the full-back caught out before Duricic completed his brace.

The result sees the Scots stay bottom of Group A without a win to their name. Oh and they can’t, unsurprisingly, now qualify for Brazil.