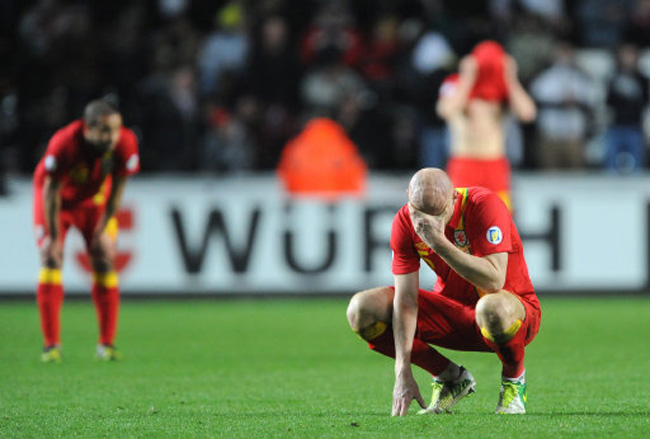 An exquisite strike from ex-Arsenal man Eduardo completed a Croatian comeback at the Liberty Stadium on Tuesday night, as the Welsh failed to build on their recent win against Scotland.

While Aaron Ramsey, the hero of the hour against the Scots was suspended, Wales did have a fit Gareth Bale back in action and the Spurs star duly delivered the opening goal of the game. The winger fired home from the penalty spot on 21 minutes after Joe Ledley was felled in the Croatian box.

Bale had a couple of chances to increase his side’s lead before the interval but in the second period, with Igor Stimac’s men pushing for an equaliser. Eventually it came, on 77 minutes, courtesy of Dejan Lovren, whose shot somehow eluded Boaz Myhill in the Welsh goal. And then, at the death, Eduardo deftly controlled a ball into the box before firing home the winner. A fine goal, but a right kick in the teeth for the Welsh.