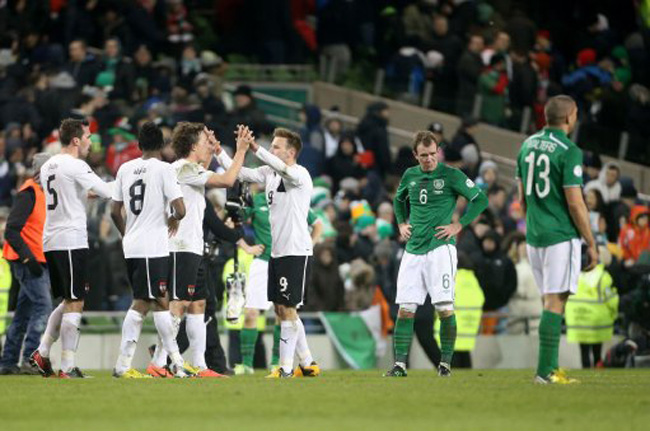 Bayern Munch’s young defender David Alaba was the man to break Irish hearts in Dublin on Tuesday night, firing home from long-range to secure an injury-time equaliser for the visitors.

Austria had taken the lead through Martin Harnik on 11 minutes after a mistake from Ciaran Clark but the Boys In Green drew level on 25 minutes courtesy of a Jonathan Walters spot-kick. The Stoke striker then bagged his second of the game on half-time when he headed home from a corner.

In the second period, the Austrians pushed for the equaliser and were eventually rewarded when, on 92 minutes, Alaba left David Forde with no chance from 25 yards out. Heartbreak for the Irish.