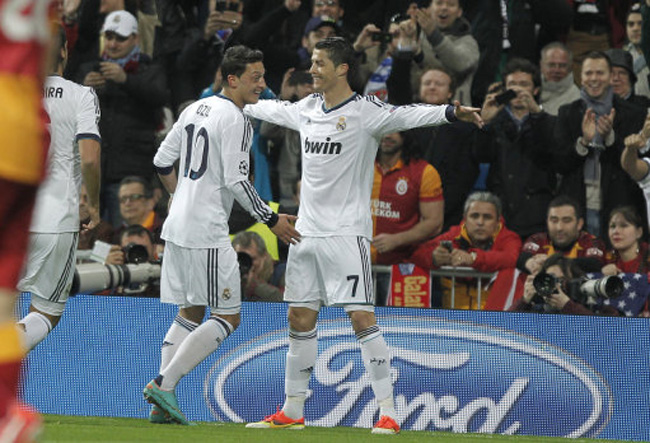 Jose Mourinho’s Real Madrid firmly planted one foot in the Champions League semi-finals after cruising past Galatasaray at the Bernabeu.

First-half goals from Cristiano Ronaldo and Karim Benzema gave Los Merengues a 2-0 lead at the interval while Gonzalo Higuain finished off the scoring in the second period.

The Turkish side struggled to get into the game although Didier Drogba and Emmanuel Eboue both had decent chances to get on the scoresheet.

The Turkish giants now have a mountain of Everest proportions to climb if they are to turn this tie around.