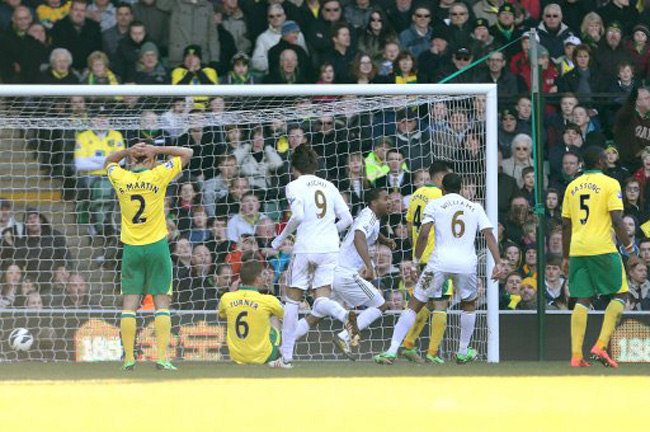 A late strike from in-form Luke Moore secured a share of the points for Swansea at Carrow Road on Saturday.

The home side are still looking over their shoulder at the relegation battle and were desperate for a win in a very open game.

Spanish attacker Michu opened the scoring for the Swans on 35 minutes but goals from Robert Snodgrass (40 mins)and Michael Turner (60 mins) put the Canaries in driving seat. However, with just a quarter of an hour to play, Angel Rangel set up Moore to fired home the equaliser.

While the Swans are safe in mid-table, Chris Hughton’s Norwich side are just five points clear of the drop-zone.