The year was 1981 and England had just lost 2-1 to Norway in a World Cup qualifier in Oslo. Step forward veteran Norwegian commentator Bjørge Lillelien, who duly etched his name into footballing folklore by flying into a jubilant rant in broken English at the final whistle… 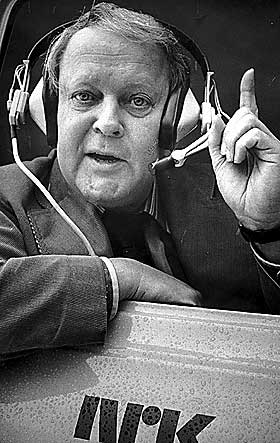 Here’s the full translated transcript (as Lillelien alternated back and forth between English and Norwegian):

Sticklers may have noticed that Norway didn’t actually “knock England out of the World Cup” at all, with Ron Greenwood’s men eventually making it to Spain ’82 finals while Norway went on to finish bottom of the qualifying group.