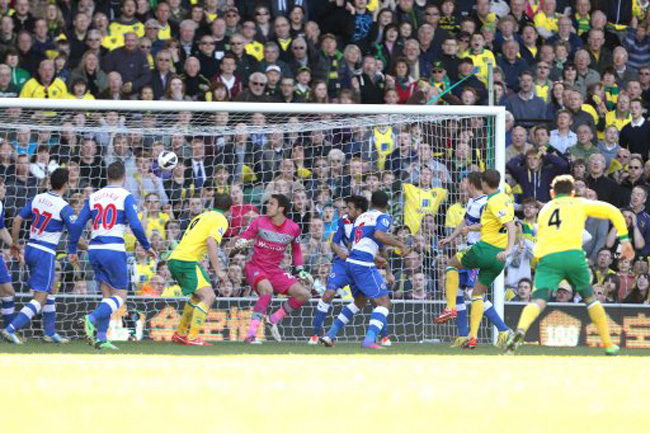 Two Bennetts, Ryan and Elliott secured a 2-1 win for Norwich at Carrow Road on Saturday, a result which hammers another nail into Reading’s top tier coffin.

The Royals had looked lively in the first half, but within the space of two second-half minutes, their faint hopes of surviving in the Premier League were given a couple of hefty blows, courtesy of Ryan Bennett’s goal on 50 minutes and then Elliott Bennett’s two minutes later.

Garath McCleary did net a consolation goal for the Royals on 72 minutes but ultimately Nigel Adkins men would suffer yet another defeat. While their future lies in the Championship, Chris Hughton’s Canaries now find themselves a healthy seven points clear of the drop-zone.