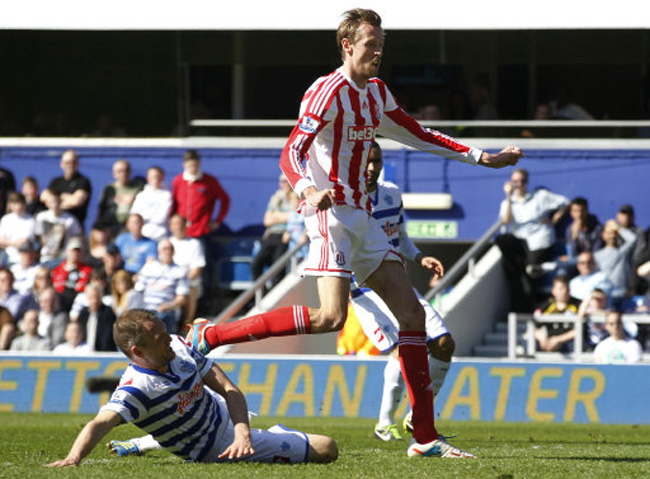 A goal in either half, courtesy of Peter Crouch and Jonathan Walters (from the penalty spot) went a long way to securing Stoke City’s Premier League status at Loftus Road.

QPR, now doomed for the Championship, looked dangerous on the break, with Loic Remy and Adel Taarabt threatening, but ultimately it was the hard-working Potters who would secure the vital victory.

Tony Pulis’ charges are now six points clear of the drop-zone while Harry’s Hoops are destined for second tier football next season.