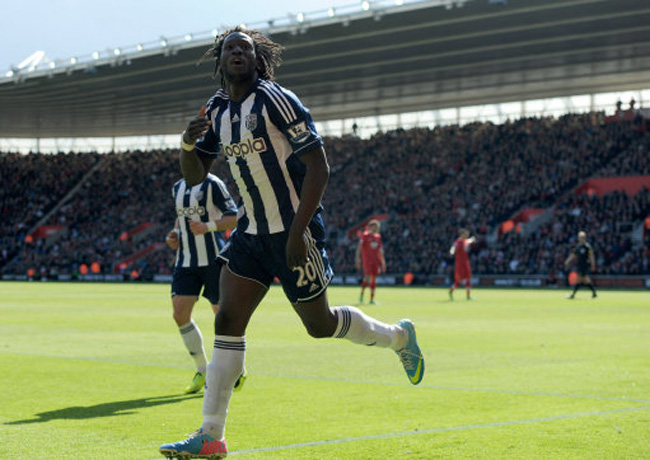 A whopping three red cards were shown at St. Mary’s on Saturday, in an eventful game which saw West Brom convincingly beat the Saints.

Marc-Antoint Fortuné scored from close-range early on to put the visitors in the driving seat with Romelu Lukaku superb in attack for Steve Clarke’s men.

The big Belgian doubled his side’s lead on 67 minutes before the red card frenszy began. First off, Gaston Ramirez was given his marching orders after an elbow on Shane Long, with Fortuné following the Uruguayan off the pitch shortly after for raising a retaliatory hand to Ramirez’s face.

Soon after, Long fired home under the body of Artur Boruc after good work again from Lukaku before Daniel Fox saw red for a dreadful two-footed lunge on Steven Reid. Madness!

Referee Robert Madley, making his top tier debut, did rather well to survive the drama in a game which has little bearing on either side’s mid-table existence (the Saints are seven points clear of danger so should be fine).