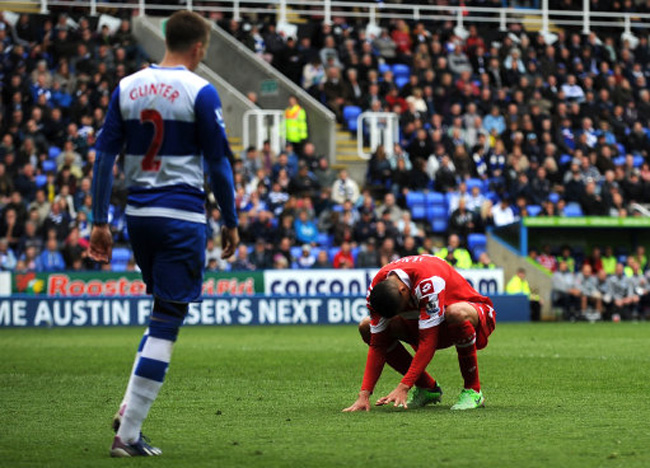 In a disappointing game lacking the quality of a top tier clash, the Grim Reaper of relegation finally caught up with both Reading and QPR at the Madejski.

Both sides came close to scoring but ultimately it was a poor game worthy of two sides not good enough to stay in the Premier League.

Harry Redknapp’s revolution had little or no real effect on the Hoops’ hopes of survival with the former Spurs coach now bracing himself for a fire sale of the club’s mega-earners in the summer.

Nigel Adkins was given far too little time to make any kind of real impact and will have already starting preparing for next season’s Championship.

I wonder what Neil Warnock thinks of it all at ?