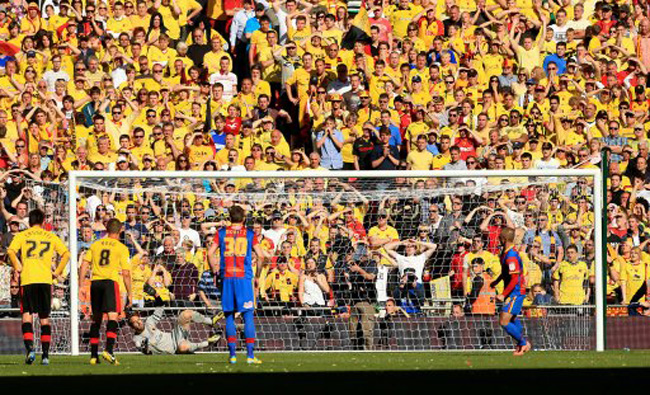 Crystal Palace found their way back into top-flight football after a deserved win over Watford in the £120million play-off at Wembley.

The Eagles were much the better team against a Watford side that rather failed to turn up, with Manuel Almunia arguably their one standout performer on the day. Wilfried Zaha was superb for Ian Holloway’s men and it was the Man Utd-bound winger who won the penalty in extra-time, which the ever-dependable Kevin Phillips hammered into the back of the net.

So we have a season of Hollway madness ahead of us in the Premier League while Watford’s band of loanees will now depart Gianfranco Zola’s club and return to their parent clubs in what is a sad end to the season for the Hornets.