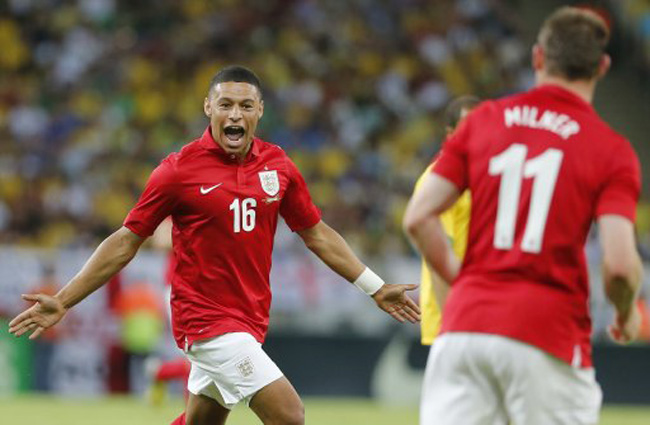 What a bizarre game this was at the Maracana Stadium, which thankfully didn’t collapse.

Brazil totally outclassed the Three Lions in the first-half but thanks to some superb goalkeeping from Joe Hart, Neymar and co. failed to get on the scoresheet.

After the break, Fred finally opened the scoring just before the hour mark, only for sub Alex Oxlade-Chamberlain to level the scores 10 minutes later, courtesy of a superb long-range low strike. That goal revitalised the visitors and late on Wayne Rooney looked to have secured the victory for Roy Hodgson, courtesy of a deflected effort, only for Paulinho to volley home the equaliser.

Oh, and apparently Oxlade-Chamberlain’s dad Mark, who played at the Maracana for England 29 years ago, fell asleep while watching the game on TV and missed his son’s goal. Shocking parenting.