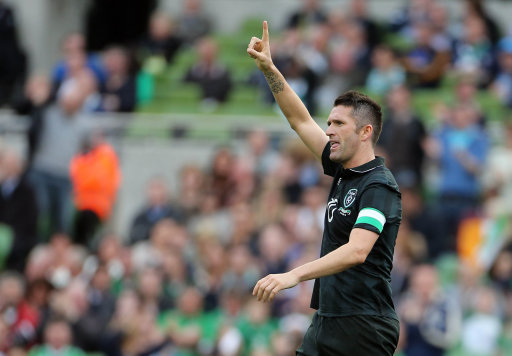 Ahead of their World Cup qualifier against the Faroe Islands, the Republic of Ireland coasted to a 4-0 win against Georgia at the Aviva Stadium, with Robbie Keane netting twice along with goals from Richard Keogh and Simon Cox.

However, the home side were helped on their way when Georgian ‘keeper Giorgi Loria was sent off after just 20 minutes for fouling Shane Long.

Keane, who came on at half-time, notched his 125th appearance for Ireland, tying him with Shay Given as the most capped Irish player in history.