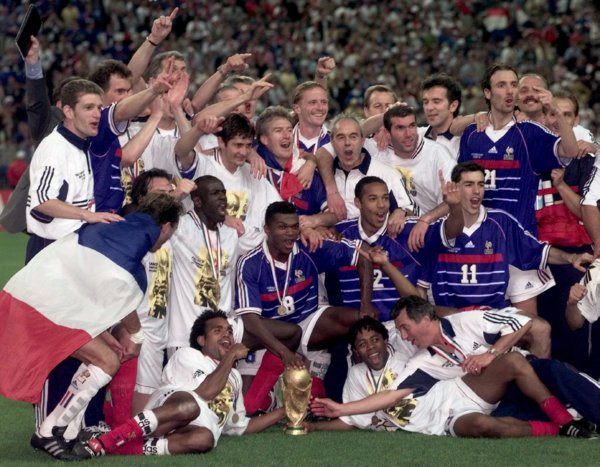 “We simply must do this again in 15 years’ time”

Having recently invested in French fourth division club Rodez Aveyron FC, who are based in his wife’s hometown, Zinedine Zidane staged a fundraising match for the team at their ground to help raise a bit of moolah for the club coffers and a local children’s charity.

Some 8,000 fans crammed into Rodez’s humble 5,955-seater Stade Paul Lignon ground in south west France, with Zidane’s choice of opponent’s proving to be a hell of a draw… 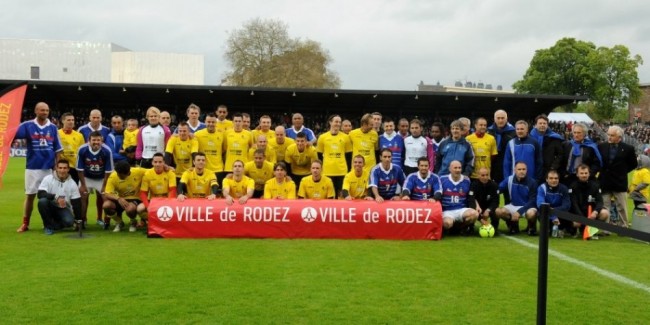 As well as playing himself, Zizou managed to reassemble the lion’s share – well, a small lion’s share of France’s 1998 World Cup-winning side; with Robert Pires, Bixente Lizarazu, Vincent Candela, Laurent Blanc, Fabien Barthez, Christophe Dugarry and manager Aime Jacquet all turning out for the occasion.

For the record, the match ended in a rather amicable 5-5 draw, with Barthez (playing up-front for “France”) scoring a penalty in the process.