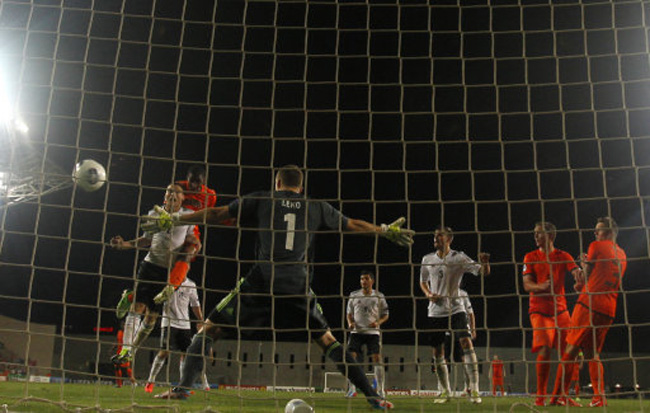 While Stuart Pearce was once again bemoaning the lack of young English talent available to him for the Euro U21 Finals (rather than the fact he is an outdated dinosaur of a manager), Germany and the Netherlands were concocting a rather entertaining game in their ‘Group of Death’.

Tottenham schemer Lewis Holtby did get on the scoresheet to make it 2-2 in the second half, after goals from the highly-rated Adam Maher and Georginio Wijnaldium for the Dutch and a strike from Sebastian Rudy for the Germans.

However, ultimately it was the Dutch who would claim all three points courtesy of Leroy Fer’s last-gasp header.