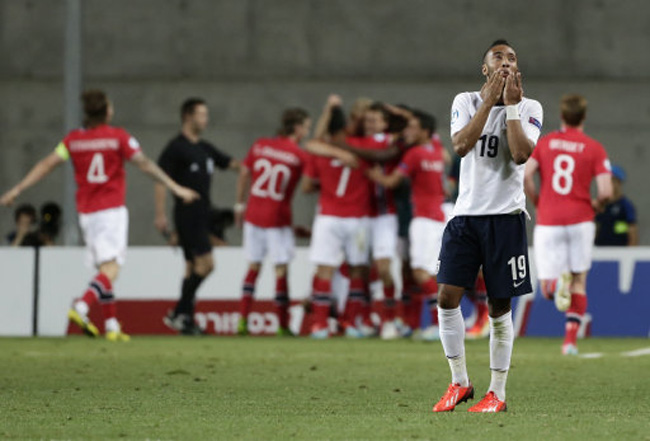 Stuart Pearce’s England youngsters produced a feeble performance against Norway on Saturday, going down by a 3-1 scoreline, a result which sees them go out of the tournament with barely even a whimper.

Craig Dawson netted the Three Lions’ consolation goal in the second-half, courtesy of a spot-kick, after Fredrik Semb Berge, Jo Inge Berget and Magnus Wolff Eikrem had already put the game to bed.

Surely it’s time for the out-dated Pearce to go and a new, more progressive U21 boss to come in?