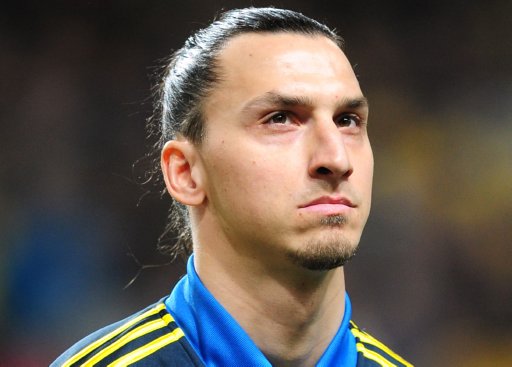 Ibra, lost in a blissful daydream about crushing baby birds with his bare hands

Sweden beat the Faroe Islands 2-0 in a World Cup qually on Tuesday evening with Zlatan Ibrahimovic scoring both goals, but the game didn’t pass without the Ibradiva riling up his opponents to the hilt, sledging the Faroes team by allegedly repeatedly calling them a “bunch of fishermen” throughout the game.

After the game Faroes forward Simun Samuelsen delivered the finest rebuttal to Ibra’s trash talk: “Yes, we fish. It’s part of our culture. So what?”

Zlatan apparently also called the Faroes players “cry babies”, telling Swedish press that he’d never come up against a team that “moaned so much.”

Samuelsen, again, was left to defend his country’s part-time national side, being quoted in Marca as saying:

“Zlatan is such a good player, we don’t understand why he is in such a bad mood. We play hard and honest, but we do not try to humiliate anybody like this.

“We are a small country and it is strange that he wants to put us down even more. Ibra tells us we are fishermen and yes we are, it is a part of our culture.

“I can’t understand why he behaves like that to us. We finish work at four and then go training in the evening.”

Because he’s Zlatan, that’s why.

Oh, Ibra also threw the ball into Faroes ‘keeper Gunnar Nielsen’s face accidentally-on-purpose right in front of the referee, though the PSG goliath received no punishment. Ibra later referred to the move as a “no-look pass” with tongue firmly pressed in cheek during a post-match interview…

Reporter: Do you think it was a yellow?
Zlatan: No.
Reporter: It should be a yellow.
Zlatan: Absolutely not. The goalie talked some shit, so of course I’m throwing the ball at him.

Female reporter: Did you aim for him?
Zlatan: No, I wasn’t looking, as you can see… *smirk*