They may well have shipped six at the other end, but last night against Nigeria the largely part-time Tahitian national side made history by scoring their first ever goal in their first ever appearance at a major international tournament when Jonathan Tehau (the oldest of the four members of the Tehau clan) rose above Efe Ambrose to nod home a corner at the back stick for the Pacific island nation side ranked 138th in the world.

Safe to say, it went down rather well with his teammates… 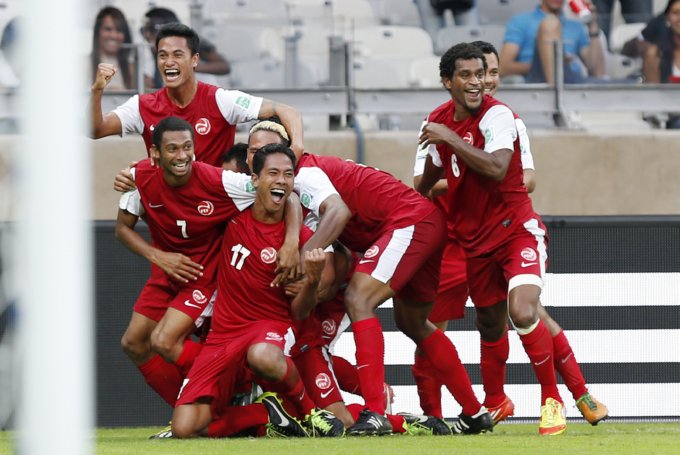 After the match Tahiti coach Eddy Etaeta said: “I was deeply moved, almost crying. We watch World Cups on TV. Today we were actors. Tahiti was watching. Our President sent us a message and suspended a cabinet meeting for it.”