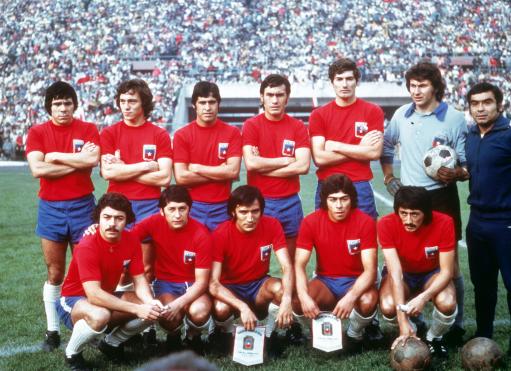 On November 21, 1973, at the Estadio Nacional in Santiago, the Chilean national side beat the Soviet Union to secure the final place at the 1974 World Cup by a single goal in what has since been billed as “the most pathetic match in the history of football.”

The first leg of the play-off in Russia had ended goalless, partly due to some heroic defending from the Chilean centre-halves and partly due to the fact, according to one particular Chilean match report, that the referee was a rampant anti-communist.

And so to the second leg in Santiago. Chile lined-up, sang their national anthem and were warmly applauded by the home crowd as normal before swiftly taking off downfield and scoring with their first and only shot of the game – an impressive conversion rate, undermined only by the fact that the USSR didn’t actually turn up.

The Soviet Union had boycotted the game after it was revealed that the Estadio Nacional had been used as a prisoner of war camp, in which thousands of political prisoners were tortured by Augusto Pinochet’s army during the brutal military coup that saw President Salvador Allende eventually commit suicide under siege in his palace after refusing to leave the country at the behest of Pinochet’s Junta. 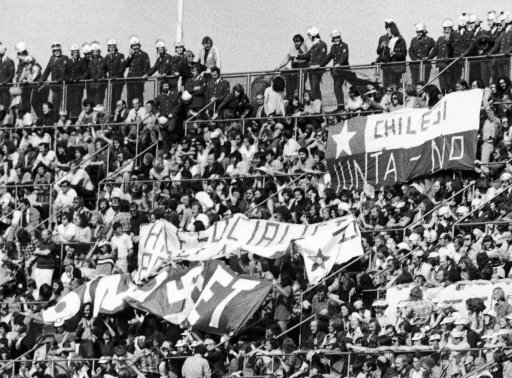 Anti-Chilean demonstrators unfurl banners during the 1974 World Cup game between West Germany and Chile in Berlin that read “Chile – yes, Junta – no”

Before the game, the Soviets sent a letter to FIFA to explain their refusal to play, saying that the pitch at the Estadio Nacional was “stained with the blood of the patriots of the people of Chile” and that Soviet sportsmen couldn’t compete there on moral grounds.

So, instead of a “winner takes all” World Cup play-off, we got this…

If you wish to do a bit more reading on “the most pathetic football match ever played”, we wholeheartedly suggest that you give Foot And Ball‘s fantastic article on the infamous shambles in Santiago a visit.

You won’t regret it. A stark reminder that football and politics do not good bedfellows make.