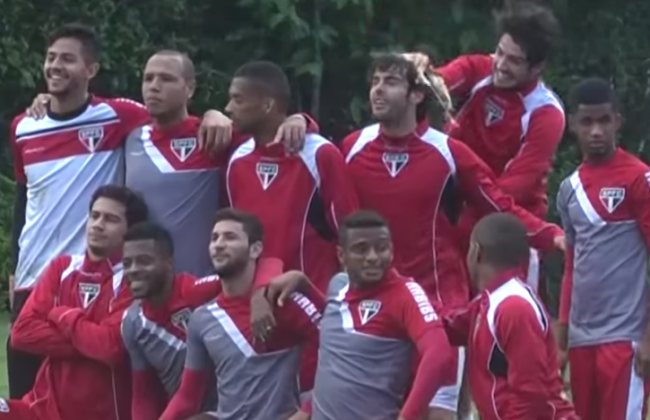 Sounding like loveable cartoon characters from the planet Neenoo, Sao Paulo teammates Kaka and Pato engaged in a bloody training ground egg-smashing duel as the rest of the squad attempted to pose for their 2014 team photo the other day.

Beginning with a sneak attack from Pato that cleared the immediate area, Kaka later got his own back after capturing the striker, pinning him down and meting out some sweet, sweet payback…

After all, revenge is a dish best served lightly poached with a lovely home-made Hollandaise sauce.