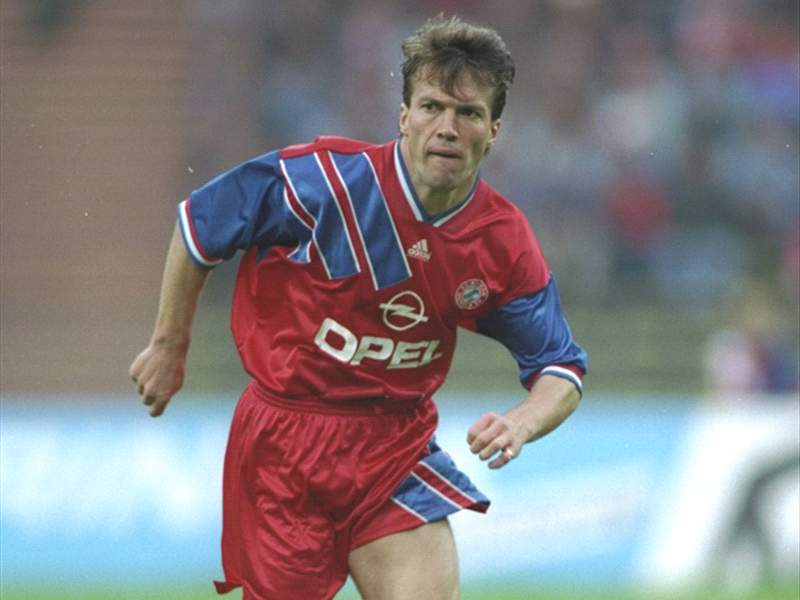 Following on from Patrick M’Boma’s acrobatic J-League cracker against Shonan Bellmare in 1997, we’re following up with an equally coruscating volley from the seemingly ageless bastion of German efficiency that is Lothar Matthaus.

The date was 21st November, 1993; the venue: Bayer Leverkusen’s BayArena, with Matthaus scoring arguably what was his finest goal in a Bayern shirt in a 4-2 away victory.

With a looping corner dropping lazily from the ether, the midfielder takes a nanosecond to judge the flight and set himself before unleashing a clean-as-a-whistle volley into the top corner…

Here it is again in slightly smoother GIF format…

Sure he’s held in high regard by fans of a certain vintage, but we can’t help but feel that Matthaus is still incredibly underrated by the vast majority.