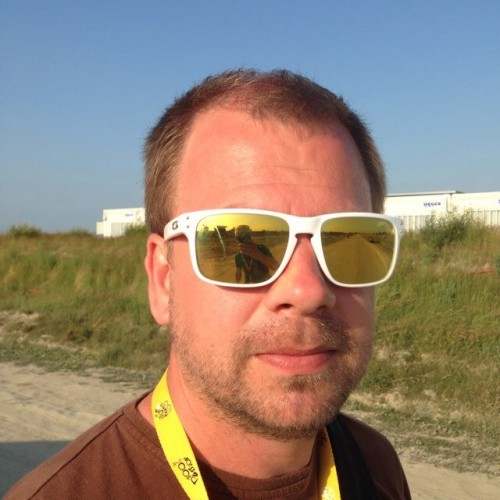 This man is Magnus Sveen. He is Norwegian and he is a lifelong Leeds United fan, but don’t let that put you off.

For the past 14 years, Sveen had worked as a sports reporter for Norwegian broadcasters TV2, but all that came to an end on the second day of 2015 when he jacked it all in to help his beloved football club reverse their meteoric divebomb from grace.

His reasoning? Allow us to fill you in.

You see, Sveen is a very superstitious fellow – in fact, he now actively refuses to wear a Leeds shirt during games after he accidentally forgot to wear one to a match against Wimbledon back in 1995 and Tony Yeboah subsequently went and did this…

Sveen has come to the conclusion that, as Leeds’ slump began in 2001, it can only be a directly linked with him taking his job with TV2 in the very same year.

So, to that end, Sveen has handed in his notice at TV2, signing off with one final report as to why he is leaving the company.

That emotional farewell is currently available to watch on the TV2 website, complete with English subtitles.

Now that’s impressive commitment to the cause, though we can’t help but feel he could try wearing a scarf to games instead?