In the first of what we’re planning to make a semi-regular series here on Pies, we thought we’d doff our proverbial caps to those great players we feel aren’t always paid their due.

We’re kicking off with a personal favourite, one Gary McAllister.

Super Mac was plugging away at Leeds (and later Coventry) during our formative footballing years, and even then we could tell he was a different breed.

He looked like your Dad’s mate Roy and was hardly dripping with athletic prowess, but McAllister asserted himself in other mature, more cerebral ways – a clipped through-ball here, a clever turn out of a tight spot there, a perfect free-kick tucked into the top corner just to put the cherry on top. 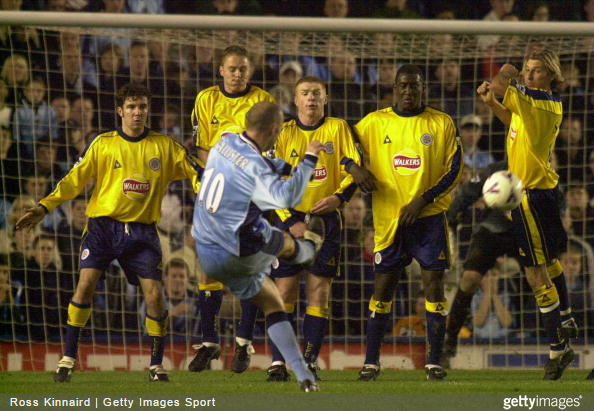 Now that’s what we call a star-studded defensive wall!

Watching him play was a joy for the armchair perfectionist. It was such a thrill to watch a man born before the advent of the handheld calculator still running games in the Premier League deep into his mid-to-late 30’s with authoritative ease.

They called him ‘The Enforcer’ – not because he was a vicious, intimidating swine, but because he always had your number, whoever you were.

A mark of Super Mac’s oft-overlooked talent is the fact that he legitimately holds club legend status at (at least) three separate clubs: Leeds, Coventry and Liverpool, and that is despite not joining the latter until he was 35-years-old and only making just over 50 competitive appearances for them. 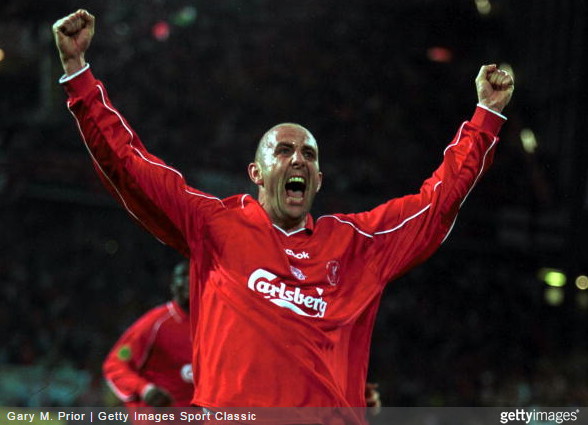 We love your baldy head!

He sauntered in on a Bosman to bewildered looks, many questioning Gerard Houllier’s sanity, before promptly providing a much-needed, almost patriarchal influence in the middle of a very young, raw Liverpool side – scoring some incredibly important goals in the club’s trophy-laden 2000/01 season.

There was the penalty against Barcelona in the UEFA Cup semi-final and the goal against Alaves in the final, but the stand-out surely has to be his deceptively brilliant free-kick against Everton in the fractious 2001 Merseyside derby at Goodisoon – a 94th-minute winner, no less…

So why was he underrated? Well, perhaps being a Scottish central midfielder in the early 1990s had something to do with? John Collins and Paul Lambert: both similarly stylish-yet-rugged players and peers of McAllister; all equally underrated.

Perhaps it stemmed from the fact that McAllister was one of those players who have never looked or played like he was anything other than middle-aged – and we mean that in the most complimentary way possible!

He was cut above, and the fact that he played on into his forties (as a central midfielder) is testament to his nous, intelligence, fantastic touch and immaculate reading of the game.

Here’s nine solid minutes of Super Mac in action, and there’s really nothing to not like about that…