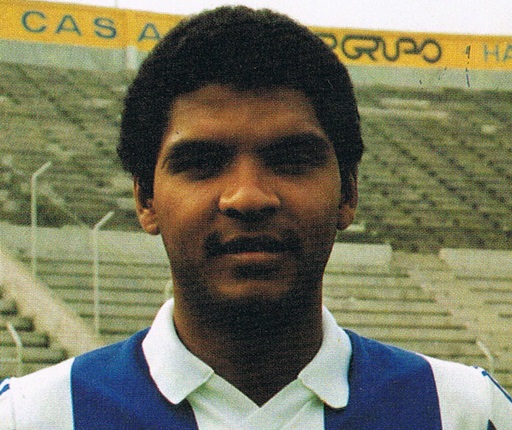 We could forgive you for not being immediately familiar with the man you see above you, seeing as though he retired in 1993 having spent the majority of his career in Qatar, Mexico and his homeland of Brazil.

His name is Geraldo Pereira Dutra – known to his friends as Geraldão – and we’re sure he is very pleased to make your acquaintance.

As you can probably tell from the azul e branco stripes, Geraldão did enjoy a brief stint in Europe, playing over 100 games for Porto between 1987 and 1991 (winning nine international caps therein) before spending the 1991/92 season on PSG’s books.

However, the centre-back’s career zenith almost undoubtedly came the very season before he departed for Portugal.

We’re talking about a moment of magic which came while Geraldão was playing for Cruzeiro in 1986 and scored this absolute monster of a free-kick in a game against Piaui.

Just check out the flight-path on this little humdinger..

Outstanding use of The Nelinho Trajectory there.

A long-standing knee injury forced Geraldão into retirement at the age of 30 in 1993, after which he spent the next three years tending to his beef farm (not a euphemism) in Belo Horizonte before eventually returning to the game as a coach.