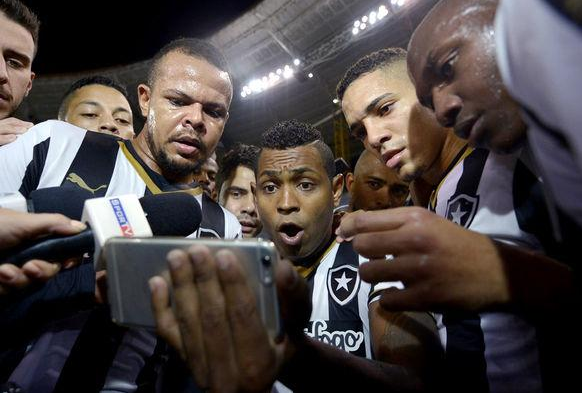 Having secured a 1-0 win over Macae, Botafogo faced a nervous interlude after their game while their Guanabara Cup fate was decided by results elsewhere.

As Flamengo were still playing out the final minutes of their concurrent game against Nova Iguacu, Botafogo were left waiting to see if their narrow victory would be enough to usurp Fla at the top of the tournament table – known as the Carioca 1 league.

Desperate to watch the remainder of Flamengo’s match, the Botafogo players sourced a phone from one of the reporters at pitch-side and anxiously gathered around to watch the last few moments…

As you can probably tell, Flamengo’s 0-0 draw saw Botafogo go top of the Carioca 1 table on goal difference – thus pipping the Guanabara Cup title from right underneath Fla’s collective noses… 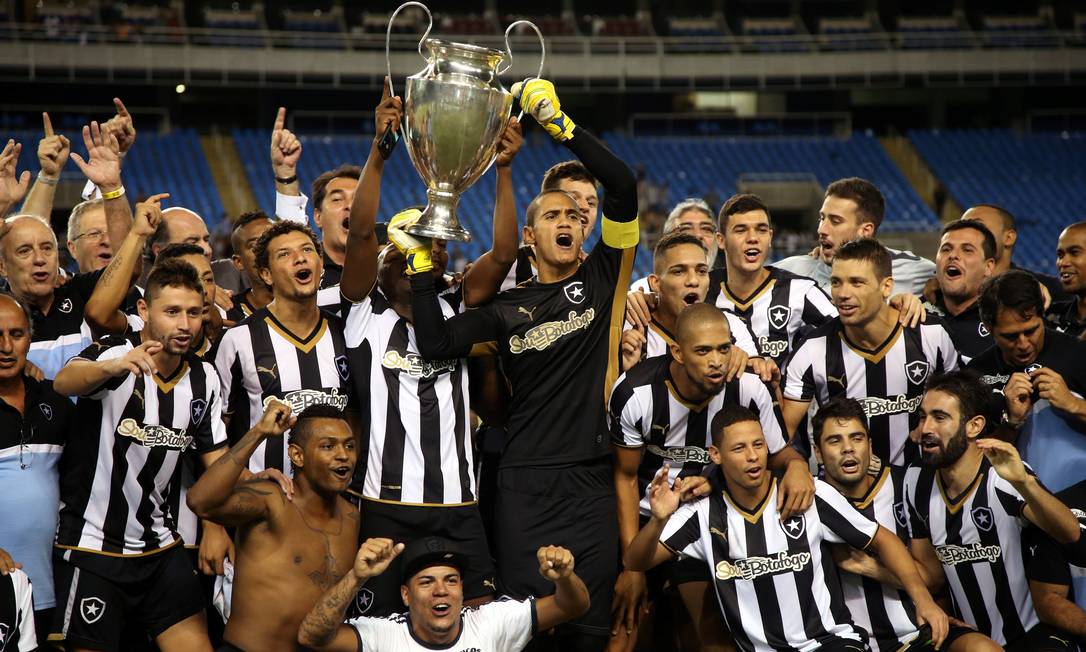 Confusingly, however, this isn’t the end of the line, as Botafogo will now play a two-legged semi-final against third-placed Fluminense (Flamengo will meet fourth-placed Vasco da Gama in the other side of the draw) on the road to determining the outright winners of the 2015 Campeonato Carioca.

We don’t think the day will ever come when we fully understand the intricacies of the Brazilian football calendar format.