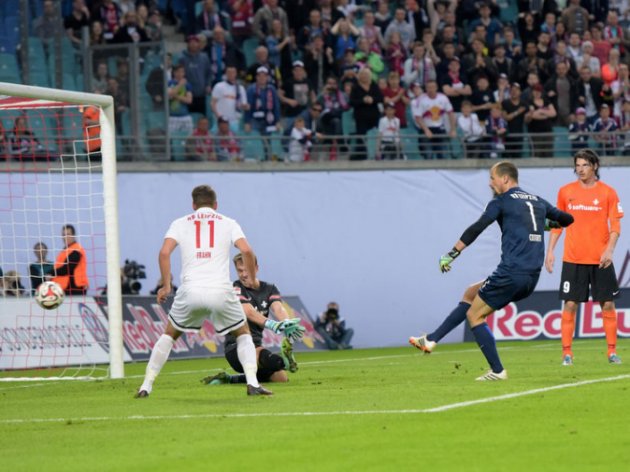 Well aware that a draw wouldn’t be enough to keep his team’s hopes of promotion to the Bundesliga alive, RB Leipzig goalkeeper Fabio Coltorti ventured forth during the dying seconds of Friday’s game against fellow promotion hopefuls SV Darmstadt 98 to get himself in the mix for a late corner.

With the score level at 1-1 and the 93rd and final minute of injury time quickly elapsing, Coltorti was suddenly presented with the ball at his feet and, as if nothing could’ve been more natural, the Swiss ‘keeper promptly slid home the winner past his opposite number from close range – thus becoming the very first goalkeeper in the top two German divisions to score a winning goal from open play.

And what’s more, the finish wasn’t bloody bad either!

Thanks to Coltorti’s dramatic winner, Leipzig move up to fifth in the table, within three points of fourth-placed Darmstadt and just five points behind Karlsruher, who currently occupy the promotion play-off position in third.

Hero. No wonder he was carried off the field on his teammate’s shoulders! 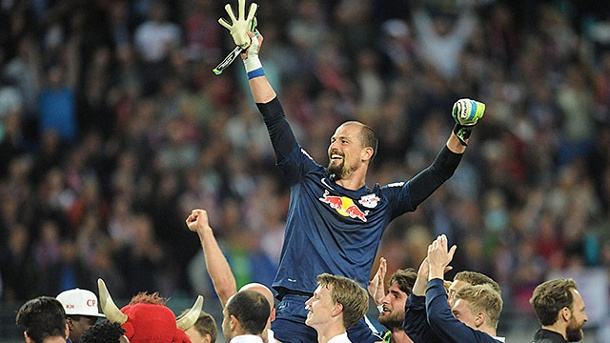