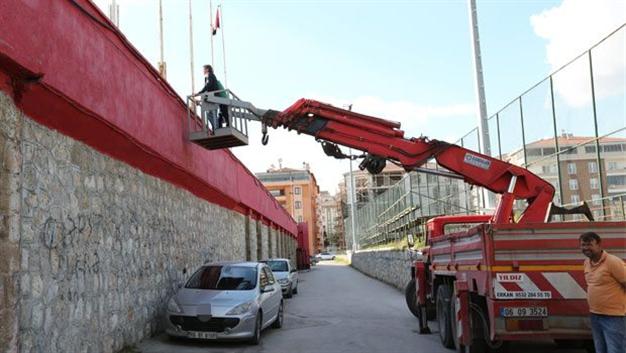 Having been hit with a nine-month stadium ban for harassing a referee in an earlier game, the manager of Turkish third division side Corum Belediyespor was faced with the proposition of having to miss his side’s crunch play-off against Darica Genclerbirligi.

With the game also being played behind closed doors due to crowd disturbances, Isik hired a mobile crane to elevate him above the stadium’s perimeter wall, with the Belediyespor boss duly watching the entire game from the crane’s basket…

The game ended goalless. What a waste of a crane rental.

Tell you what he needs to get himself? A strategic skylight in the house across the road…