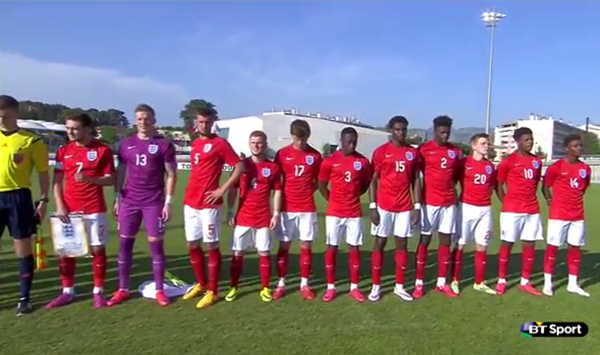 There were ever so slightly embarrassing scenes as the England Under-20s lined up before their game against Mexico at the Toulon Tournament this afternoon.

Having rolled through the standard pre-match national anthem, the England boys were caught out when it quickly became apparent the version being played had a second verse tagged on the end – y’know, the slightly contentious one about crushing rebellious Scotsmen and such…

England U20 team caught out by an unexpected second verse of the national anthem. Awkward… #ToulonTournament2015 http://t.co/sP5fANmSCV

If in doubt, stand around in awkward silence.