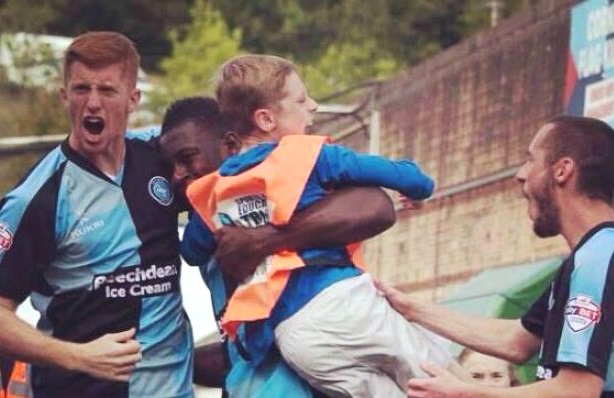 Apologies for being slightly tardy to the party with this one but we somehow managed to miss it over the weekend. Blame Czech lager for that one.

Anyway, young Wycombe Wanderers’ ballboy Taylor Hunt became something of an internet sensation on Saturday when he quite literally found himself embroiled in the action.

After Wycombe defender Aaron Pierre popped up to head home a dramatic 95th-minute equaliser against Dagenham & Redbridge, Taylor was unable to stop himself scurrying off into the corner to celebrate wildly with his heroes…

How great is that! Fully embraced as one of their own!