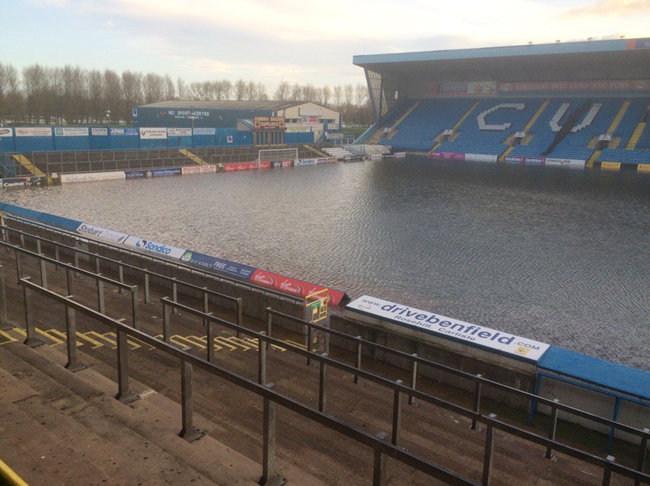 Thanks to a prolonged bout of torrential rain fall, Carlisle United’s pitch was in one hell of a state earlier this morning.

In fact, Brunton Park was left looking more like a local open-air swimming pool. Fans of water-logged irony may be interested to learn that the stand you can see in the photo above is officially known as the Waterworks End.

After assessing the situation, the Carlisle grounds staff set about draining all the excess moisture from the pitch with the help of a massive industrial pump.

It would also appear that the big man upstairs was impressed with the effort on display, furnishing the stadium with a celebratory rainbow just because he bloody well can…

Great pic from @kjmitchell04 – somewhere over the … there’s a place that I dream of … Come on You Blues!! #cufc pic.twitter.com/xNHA1R5D8Y