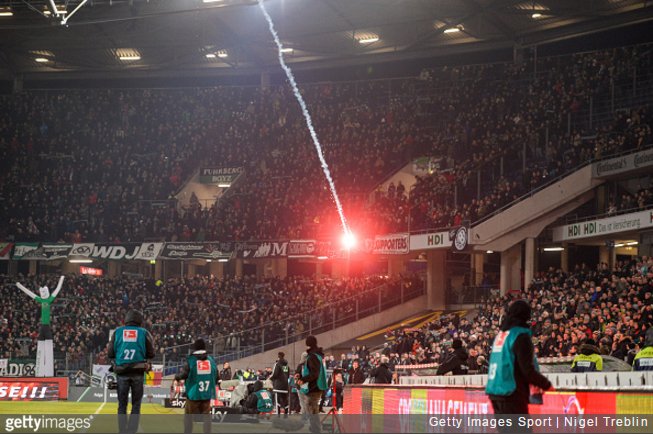 Wolfsburg pulverised Hannover on their own patch in the Bundesliga last night as Andre Schurrle snaffled himself a long-overdue hat-trick in a 0-4 away win.

However, the victory was somewhat marred by an incident that saw a rogue flare launched from the Wolfsburg section that landed smack, dab in Hannover’s dugout before kick-off, sending several members of staff fleeing…

Wolfsburg have since apologised for the incident, with sporting director Klaus Allofs adding that the club “condemned the scenes” that cracked off before the game.

I apologise to the Hanoverians that they have been put at risk.

According to Bild’s report on the matter, Hannover’s team doctor, physio and reserve goalkeeper were on the bench at the time but all managed to escape injury.